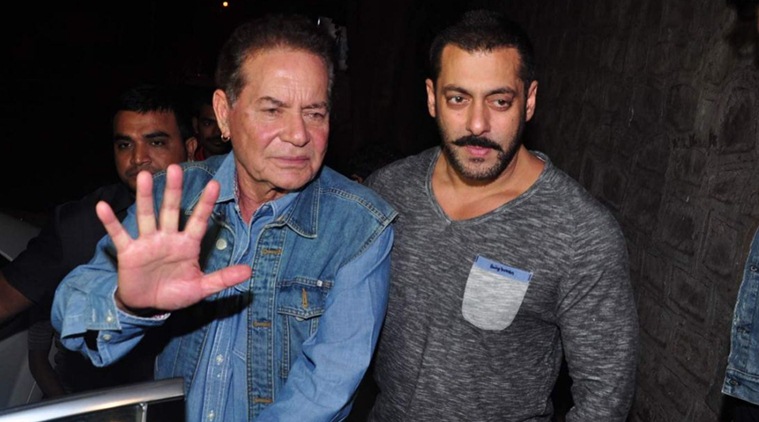 Many blog posts begin with this statement – it’s been long since I posted something on this blog. It is a justification, more so an apology to oneself and perhaps to whatever the few readers humble, forsaken and forgotten blogs like mine have. It was an accident that I stumbled across this blog today when I wanted to register another blog on this platform. WordPress has been my favourite, so it’s natural that I come back to it.

Anyway, I have had enough time to clear a chunk of my personal baggage, no small task I tell you, over these years. I am unfortunately older and fortunately wiser and ironically more honest. Enough of the niceties, now let me tell you the accident that led me to this forsaken, yet once loved place, my blog.

I am what you would call a Feminist – a person, male, female or transgender, who advocates justice and equality of all genders from the point of view of women, the keyword is women. We do not burn bras or thrash all men or always get offended when a nice wonderful man is polite to us opening doors as we step in or step out. We do not always drink and swear like a sailor or act like a man. We are not physically the strongest but not weak either. Us women are pretty much like men or transgenders, in the sense, that we come in a variety of assorted shapes, sizes, textures, moods but with a distinct anatomy.

You see, this tiny Feminist (in person, I am quite tiny literally, when I curl up into a ball on my bed in matching clothes as my bedsheet, you won’t even notice I am there until I move, lol, and the introvert in me just loves the fact that I am so unnoticeable, ah I love it!!!), so as I was saying, this tiny Feminist made a pact with herself last year that she would never lie to herself. In the process of never lying to myself, I came across the most obvious truths that we deny ourselves everyday, a topic for another blogpost at another time; however, in the process of not lying to myself, I found the conviction to be honest to the world because I am a part of it.

This part of the world where I live in, India, is a bubbling place with so many people almost everywhere that it’s difficult to feel alone or isolated physically, and ironically, in the depths of our being, we are ultimately alone. So, in a place with the second highest population of the world, we have a thriving Entertainment industry, the Bollywood. The kings of Bollywood, the Khans, Shahrukh, Salman, Aamir have been reigning the box office for most of my age, actually, the whole of it, no I am not telling you my age, but something tells me, you will figure it out. Anyway, so these Bollywood stars, especially the men have a ginormous fan following, it was like the GOT fan club, long before anyone knew what the GOT, Game of Thrones was. The curse of celebdom and the boon is one and the same – the influence on the masses.

One of the most controversial Indian Celebrities, Mr. Salman Khan has always been one of the most loved by the people of this country. Even though, he lacks in his acting prowess compared to his counterparts, he still holds his own because of his charming personality and honesty that he brings to the screen. Now before you jump up to burn me at the stakes calling Salman’s performance honest, let me tell you what I mean. Well, Salman is the guy, most Indians and I believe Pakistanis, Bangladeshis etc. specifically those in the larger Indian subcontinent can identify with. He is the boy who sits at the chai ki kitlee or paan ka galla with a bunch of his other friends and talks whatever the hell he wants to talk about, sometimes emulating that exact tone, slang and flow that this nukkad wala ladka (the boy at the street corner) does. Even though, he doesn’t look like one, he sounds like one and perhaps thinks like one. Apart from his good looks and personality that’s what makes him a huge success, the fact that he appears downright NORMAL.

It is normal in India and a large part of the world to use insulting words, swear words, curse words, gaaliya using words like mother, sister, rape, fuck etc. Well, even many women use these, whether in Hindi or English or whichever language they speak. By now, you may have figured out what I am getting at. Yes, I am getting at Salman Khan’s statement where he said, he felt like a ‘Raped Woman’. Of course, I understand that a man, who has never been raped, can in no way, feel like a raped woman. Even a woman who has fortunately not been raped can ever feel like one. It is a terrible, terrible, place to be in, physically and mentally and nothing compares. No one should ever feel like it.

Salman was wrong in saying what he did and I strongly feel he needs to apologise. But, you see, a lot of people have to apologise too. You know those corporate meetings, we have during moments of Crisis, where the members feel ‘Raped’ when they have do undergo ‘Bamboo Sessions’?! Those moments when you deliberately pull someone’s leg and say, ‘Saale ka rape kar daala’ roughly translated as ‘Boy, did we rape him or what?’ Or even better – India totally raped England in that last One Day Series (Cricket). Salman said what all of us have said at one point or another in our lives, in our ignorant days, but his curse, his influence came to bite him because he said it for the world to hear.

I wish he could really acknowledge what he did wrong and apologize but at the same time, we need to apologize to ourselves too, we are very much a part of this. Crucifying the individual who said it won’t do much, except give us a chance to write social media posts, blogs or have a tea time discussion. We can do much more you know. In fact, Salman’s curse has become our blessing, it gives us all a chance to stop treating rape like a joke, like something so normal because it is not. We have been perpetrating our rape culture almost every single moment of our existence as a society.

Remember? Those days when widows couldn’t wear shoes or were sacrificed at the pyre of their husband’s funeral fire, Sati or wait, how about killing her at the moment she is born, drowning her in a pot of milk? Let me tell you of a better way, shh, get her aborted, no one will know. If you have money, go abroad, have an ultra sound and get her aborted, no one has to know, except your conscience of course. Nowadays, we have the ban on using mobile phones. Women can’t use them, oh no! Lord help these girls, using mobile phones and running away with boys. And, women who are unconventional, different from the lot, are of course, slutty, easy, opportunist, gold digger, spoiled, cheap, floozy etc.

When our national leaders of a time advocated the use of rape as a powerful war strategy over the enemy, when some of other leaders, experimented with women to test their celibacy or how about that time, when an alleged rapist himself, a religious icon, said that the Delhi victim should have called the rapist her brothers and urged them to not have raped her – oh, yeah, it was the woman’s fault. She was asking for it, the way she had dressed, and roaming about at night with a guy. Another girl when she was too drunk on the college campus or that girl next door whose face you scarred when she rejected your advances – ring a bell?. How about those social media rape threats on twitter, facebook messages or those dick pics on Tinder?  Oh, remember those Virat and Anushka jokes, such a laughter riot, I tell you, yeah they are a part of the problem too – and I perpetrated it. I am sorry Virat and Anushka that joke was in poor taste and totally uncalled for. I now understand better.

Some of you will say, even women are at fault many a times and men suffer, yes in some cases they do. However, largely the fact that women have been at the Victim’s End cannot be ignored. A wrong is a wrong whether a man does it or a woman.

To sum it up – we are what we do, what we don’t and more often than not, what we speak. We are what we speak. You can prevent rape culture from getting to you by at least watching your words and be honest enough to apologize when it happens. We all mess up, but, we can acknowledge the wrong we have been doing and heal as an individual and as a society, once we start doing that. You cannot force an individual to apologize just to make you feel better as a whole, as a society. It goes deeper than that.

And, to start with, you need to understand, YOU CAN NEVER EVER FEEL LIKE A RAPED WOMAN, unless YOU HAVE ACTUALLY EXPERIENCED IT FIRST HAND AS A WOMAN.

Disclaimer: The images used have been borrowed from indiatoday and indian express web platforms. The respective platforms own the rights to them and have been used here for representational purposes only.

6 Replies to “Why you can’t feel like a raped woman India?”