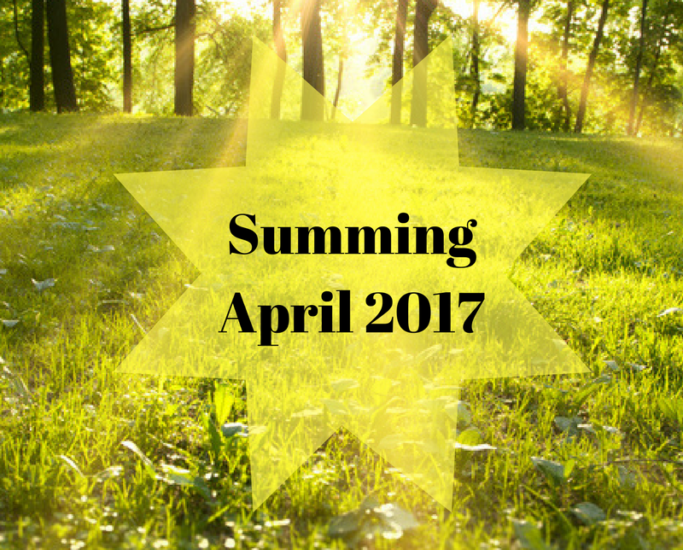 Let’s get straight to the point. They say what doesn’t kill you only makes you stronger. I disagree. What doesn’t kill you makes you realize you’re lucky so might as well not screw the second chance you have at life or whatever it is that you’re doing in Life – up. What 2016 was to a majority of people, 2017 April was to me – I couldn’t wait for it to be over!

You know it helps to blame a particular day, a year, a time, a month or sometimes a person or a set of persons of all the things you had to go through. And, sometimes it is their fault – you know bad timing, bad year, that time of the month or perhaps a person not in the right mind making it difficult for you all the more.

2017 has been difficult so far. January was the month of deaths, February of patience, March of grief while April was the month to fight back with all you had. Today is the last day of April 2017; therefore, let’s anchor the memory of the battle well fought with this write-up or so I thought.

The Story of April…

She came in with all her fierce energy and a solar storm or two quickly followed by the Pink moon and whatever energy that it was meant to bring along. Astrology or not, the month began on a positive note where I could undo all the mistakes I made or the slips I did that I wasn’t supposed to do. Mid-way through the month that’s what kept on happening – undoing all that I wasn’t supposed to do in the first place. That’s where the catch is. You can never undo what you have done. Time does not flow backwards – wish it could sometimes!

Sometimes Time is not in your hands but the resolve to make the effort is yours. I resolved, I was determined not to quit. No matter how much the nerves stretch themselves apart how much the body hurts, how difficult it is for the fingers to tap on the keyboard, no matter how difficult it is to drive or focus or work – sometimes you just need to get through it. However, you can simply get through it. There is nothing you cannot undo – what is done is done and the consequences to your actions are yours to embrace.

It seemed the Universe was listening and mid-way through April I ended up with a road accident. Therefore, I got much time to sleep and focus on the skinned knees, the bruises, and get used to the fact that the already damaged nerves in my right leg were further worse off. It seems no more hiking at a fast pace or perhaps hiking at all; however, I have compartmentalized that for a later date.

Mid-way through April the immediate physical pain and burning sensation sort of assisted in focusing away from the excruciating nerve pain. It also prompted me to test my limits – not always a good idea. But I enjoyed playing with the idea. I worked my ass off not to justify the Capitalist ideal; however, to actually test my limits plus it keeps the money flowing. I did almost everything I was meant to do.

By the end of the month, I had emerged to the best of my form professionally, and there it was another road accident – this one wasn’t my fault but anyway it doesn’t always have to be your fault – that doesn’t prevent it from happening.

So while the not-yet-anticipated accident was about to happen, I received closure of some of the deepest wounds from my past – I received acknowledgment from the people it was directly related to – It was precisely their fault and not mine. It could have been handled better.

It felt like a nail you have been trying to hammer hard in a concrete wall that doesn’t seem to give in to your blows and finally when you have just about given up fighting, requesting, begging, demanding, manipulating – it so happens, the nail finds its way in the wall – just like that. But, walls don’t feel.

Before the feeling could register I met with another accident which has crippled me for a while more upto the first week of May perhaps. In addition to the closure, the temporarily crippling wounds on my ankles and knees, another set of wounds were inflicted on the tapestry of my friendship – a friendship I pray I do not have again with the same individual – friendship is never at the cost of your self respect.

I wish people were as non-confrontational as I am, would save so much of my time, energy and productivity – simply practical. I bet an unproductive confrontation is underway which I neither have the energy, nor the time nor the inclination for – gearing up for the first week of May.

April I would assume was the month of Closure and I am grateful for the bundle of good that has happened and even the bad – it helps to stay grounded.

Here’s to hoping that:
May May Be Non-Adventurous Dull Yet Peaceful and Productive!