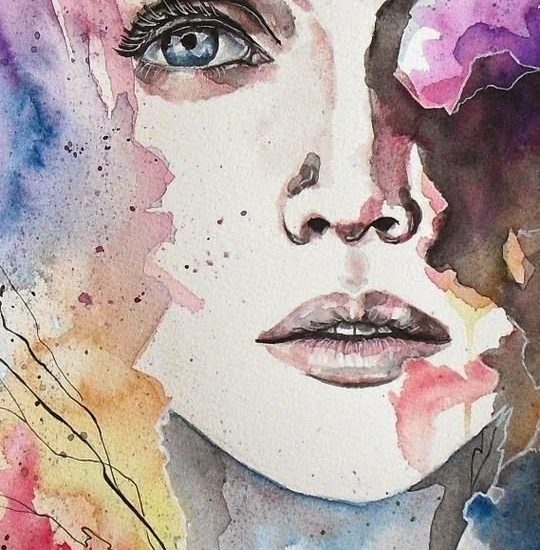 It’s just turned midnight of April 11th, and I am typing this out in a facebook status, ‘Why do you ask?’ Simply because I need to put this out there – to whom? To all the men I know, I will know and the ones I have known.

An appeal to Men from a tiny part of the larger Womenkind a.k.a me:

Dear Men,
1. Stop idolizing/idealizing us. Neither are we devi (goddess reincarnate), nor the devil. We are not evil, neither are we like your mothers or sisters out there. We are as fragile, as messed up, as sorted, as prone to mistakes, as curious, as annoying as you and your male friends are. We are not Women from Venus and Men from Mars; both men and women are equally complicated and good. We are pretty much the same although biologically different. See us as a human being first, as a woman later.

2. Be kind to us as you would be to a fellow human being, men, women or transgenders. Be kind to us and we will be kind to you. Even if you are kind to us, sometimes maybe PMS or periods or a bad day or a behavioural disorder or perhaps simply bad nature, we may be mean to you in return, even if you are good to us. That’s simply because we are a human being and come in all shapes, sizes and behaviours just like you do. Don’t label all womenkind on the basis of some experiences you have had. Not all men are dogs and not all women bitches. Everyone is essentially good.

3. Don’t crack jokes at the expense of your wife or girlfriend stereotyping women. Why you say? It is a harmless joke, come on, now you feminists, that’s going overboard.

Why do governments or the establishment imprison the cartoonists or arrest the comedian first? It is because humour does hold power.

Reason: When a person laughs, he drops his guard psychologically and that is the moment you can penetrate his subconscious with whichever message you like, and if frequently repeated, the message may actually reflect in his actions. That is why things done in the guise of laughter or sense of humour have the maximum effect and yet hold the least accountability.
Yesterday, I attended a lecture. One of the speakers, an elderly gentleman, let me not name him for obvious reasons was posed a question by an audience member – ‘Why did Lawrence of Arabia work?’

This renowned elderly gentleman’s reply was, ‘Because not a single woman’s dialogue is featured in the movie – that’s why!’

Thankfully, not everyone in the audience was amused, but that’s pure luck. Certain audiences laugh at it and applaud such jokes.

If a person who carries that level of influence slights women on a public platform in such a dismissive way, it only makes it worse for the rest of us.

Another fellow in a private conversation of course, again a motivational speaker, an influencer, a male and a very sorted clear headed gentleman jokingly says women have got so much unnecessary power these days, what if they sue me? It makes me scared to even talk to them.

Don’t perpetrate something toxic not even in jokes. Your jokes need to change first.

4. A woman you happen to marry – well she isn’t an extended version of you. She isn’t your mythological ardhangini – she is not literally attached to you. She has her own life, her own set of experiences, her own belief system, her own opinions, let her be who she is. Granted both parties need to make adjustments but don’t mend and distort her personality and her image to make her suitable to your idea of a perfect woman.

She is far from perfect and so are you. Neither of you will be perfect, but both of you can become the better versions of you together.

5. Women are sensitive and emotional creatures just like you. You don’t show it but they do. I understand it becomes difficult when you are overwhelmed by so many of her emotions but just give her the space to be that way, she will come back normally once she is out of that zone, just like you do.

For God’s sake, she bleeds nearly 7 days a month and it’s usually painful and she has to hide it and keep going about it normally. And, of course, almost a week prior to that most of her hormonal system goes bonkers and her mood patterns, habits, emotions – everything goes for a toss. That’s nearly 3 weeks a woman is borderline messed up in a month and it’s just almost 1 actual week that she is quite close to what you would call NORMAL.

I understand how difficult it is being a man but it is a tad bit more difficult being a woman. The very act of existing and surviving is a struggle, let’s respect and love each other at all times and make it easier for us both.

7. Consider her as a person, a human being like the guys only a little more delicate emotionally and sometimes physically. Granted, not all women are like that but plenty of us are. Don’t hit her with your words, with your hands/legs/ don’t stalk her on your vehicle if she has made it clear she is not interested. If she is not interested, let her go about her way and survive, don’t make it tougher for her by throwing acid on her face.

Don’t force her to have sex with you whether she is married to you or not, respect her wishes and I am sure she will respect yours.

She is neither an object to be preserved nor destroyed, although, the society has made her one, thanks to advertising and films, but yeah, try and look at her as you would a male friend of yours. I understand you are biologically wired to see her as a woman first and then a human being, but try and unlearn that impulse – make a conscious effort. Desexualize her presence and both you and her will be free.

Bottom Line:
She is a person, an individual just like you are. She just has a few different body parts, everything else is the same. See her that way, as a person first. Don’t stretch her personality to fit your idea of perfection. If you do – that way she will break first, then your image of her will break and once your idea shatters, you too will fall apart.

Let’s keep each other strong and let’s just love and respect each other as human beings first, everything else later. Let’s make it easier for us both.